What Brexit Means for the UK Logistics Industry

The UK left the EU on 31 January 2020 and is currently due to exit the transition period on 1 January 2021. From this point onwards, every single industry in the UK now faces an uncertain future.

However, it appears that the logistics industry will be one of those taking the biggest hit.

For now, it seems that subsequent to Brexit, the change of import-export procedures will force supply chain companies based in the UK to alter their business models.

This means that companies will now have to find ways to avoid potential problems like high costs, trouble with the new laws, border control, and trade agreement issues.

In this article, we’ll cover how Brexit effects just some of the many industries we supply, and how companies can stay out of trouble and compliant with new laws, taxes, and customs in order to protect themselves, and their business.

The Brexit Effect on British Industry

It’s still pretty uncertain how each industry will be hit, but here’s the low-down on some of the core industries we deal with most commonly here at RollPallet UK.

Food and drink businesses all around the UK are navigating environmental concerns and increasingly stringent nutritional requirements from consumers.

As the UK and EU negotiate the details of their future trade relationship, what’s clear right now is that the UK will be leaving the Single Market and the Customs Union at the end of the transition period. 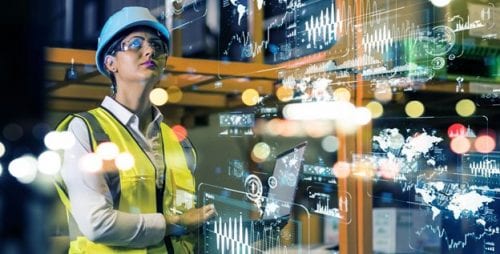 All over the country, the government is being urged to protect the NHS throughout the Brexit transition, and that goes hand in hand with pharmaceuticals.

As it stands, there is a warning from the ABPI that states the European Medicines Agency currently based in London is likely to leave the UK as a result of the referendum. Due to this, it may delay that national authorisation procedure to access new medicines for patients.

Businesses that rely on goods shipped from and to the UK may be in for a hard time come the exit period. However, the good news is that pretty much everything is still in play. No one is able to say for sure what kind of changes Brexit will cause in the courier industry.

Still, experts all agree that there is no need to panic. Although Brexit does have the potential to make international shipping a bit more complicated, it won’t come close to destroying it. After all, it’s in absolutely nobodies best interest for the trade between the EU and the UK to die out, and couriers play a vital role in this trade.

Brexit has caused a major movement in the business world. With the UK leaving its biggest trade partner, many businesses around the country are now left with the possibility of experiencing the below issues:

Whether it’s in the following months, or following years; Brexit will soon build walls and create barriers for the trade administration for both the European Union and the United Kingdom. This means a bigger headache with stricter border controls, and stronger rules and regulations will come into place.

This will also most likely lessen the efficiency of logistic industry service providers because shipment and goods will inevitably move slower due to tight regulations at the borders.

One of the biggest benefits that the UK gained by being part of the EU was the free movement of goods across member states. However, unfortunately due to Brexit, this will now be made ineffective.

Now that there will be a significant decrease in the number of EU citizens working for UK based companies due to the tighter migration controls, it will come to mean that the logistics industry will now be able to serve the economy at a much lower scale than it did before.

Recent research by UK parliament officials (external PDF) states that 44 per cent of all UK imports are now seeing their way to EU countries. This means that this number will now begin to decrease that Brexit has happened.

For logistic companies, the impact stands clear. As trade begins to reduce within EU countries, it will come to mean that there may well be less demand for logistics services. 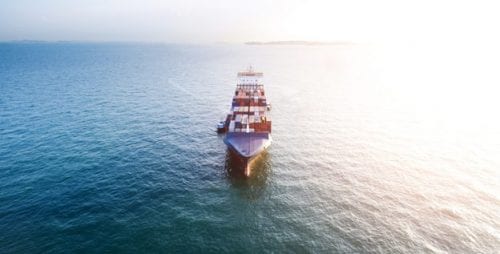 However, experts say that changes in trading processes are not likely to happen immediately. This is due to patterns already established being hard to change at such a fast pace. Furthermore, as the trade flows, you can have peace of mind that there will always be a need for logistics.

Last, but by no means least, Brexit has increased the possibility of inflating the operational costs of logistic companies. If this happens, it will be a financial hit in trade tariffs.

However, it’s not the end of the world. They are able to employ offshore freight forwarders in order to cut down costs, or they can pass the tasks back to office offshoring solutions.

In addition to this, lesser freedom of movement across EU countries will disrupt the efficiency of the operation.

What’s Next for Your Business?

Brexit has become such a buzz word in the world of logistics, and in businesses in general. There will always be time for adjustments and changes, regardless of industry. We will all have to think of new ways to leap back on track.

if you’d like to discuss the impact Brexit is having on your business, please drop us a line today and we’d be more than happy to help advise how best you can prepare for the wave of uncertainty ahead.

What is a Metal Pallet and How is it Used?

What is a Plastic Pallet and How is it Used?

How to Calculate Transportation Costs in Logistics

When you visit any web site, it may store or retrieve information on your browser, mostly in the form of cookies. Control your personal Cookie Services here.

Necessary Analytics
These cookies are necessary for the website to function and cannot be switched off in our systems.
Technical Cookies
In order to use this website we use the following technically required cookies
These cookies allow us to count visits and traffic sources, so we can measure and improve the performance of our site.
Analytics
We track anonymized user information to improve our website. https://policies.google.com/technologies/cookies?hl=en-US#types-of-cookies
Decline all Services
Accept all Services